When we were younger (much younger, this was about 25 years ago!)

Stuart and I were ‘courting’ at Brighton University, he was studying engineering whilst I was studying pharmacy.  With Valentines Day around the corner and on a tight budget we didn’t often get each other gifts, but would give a card, bake a cake that sort of thing.  Well, he must have been feeling flush that year as he decided to buy me (the only time he has ever done this…) underwear!  You have to hand it to him, going into a busy department store, Hanningtons (now sadly closed) and asking for help to buy underwear is no mean feat.  So, after he had duly purchased my new undies and survived the experience his details were entered into a draw that Hanningtons was running. He really thought that there was no way he would win but guess what he did! Much to the amusement of my chemistry lecturer, who found out, Stuart won a dozen red roses and a heart shaped box of chocolates, Thorntons from memory but I could be wrong. What an awesome Valentine’s Day surprise!

But what is Valentine’s Day all about?

Valentine’s Day is also called St. Valentine’s Day and is when people express their affection with gifts and greetings. The true origin of the holiday is still somewhat a mystery, and it wasn’t until the 14th century that it became celebrated as a day of romance.  Valentine’s cards often have a cupid on them, as Cupid is the Roman God of Love along with hearts, to depict emotion and a traditional gift may be a red rose as a symbol of love and beauty.  I was super lucky to have all those red roses that year!

So what will you do for your loved one?

As you may have gathered Stuart and I have been together a long time now.  We met at university back in 1996, he was the year above me but on my friend’s course and we met through cricket. Yes, you read right! A good friend of mine asked me if I could do the ‘scoring’ for the cricket team that he played for as he knew I had done this before.  I said ‘yes’ and guess who was in the cricket team…Stuart and that was it, we’ve been together ever since.

It never crossed our minds back then that we would travel and experience as much as we have or that we would build a distillery together.  We spent many happy hours in our student days making DIY spirits and brewing beer in Australia was great fun, and I guess that’s where it all started.  Our love of doing something creative, like making our own recipes and enjoying working together on a project.

When Stuart suggested we build a distillery, I don’t think I really took him seriously.  We had just moved to Orkney and were adjusting to a life where he was the proud house husband (and a very good one too), and I was working full-time.  We had decided to make this change so that he could spend some quality time with our children, Jasmin, Olivia, and Cameron before they grew up. But the idea did make so much sense!  We were lucky to have a 5 acre field next to our house and so plenty of room to build a distillery and with Stuart’s engineering experience gained in his career to date he had all the skills necessary.

So, we went for it, a year’s paperwork and research and four months building works cumulated in the birth of Deerness Distillery.  I say ‘birth’ as I often describe the building of it to friends like childbirth.  It was painful at the time but afterwards I seem to have forgotten how bad it was!  Stuart, a chartered engineer, and I designed the building and interiors and then built the distillery ourselves with the help of friends and family.  Everything was done on a budget, so we had kitchen cupboards from a friend and built our big worktables so we could get exactly what we wanted. 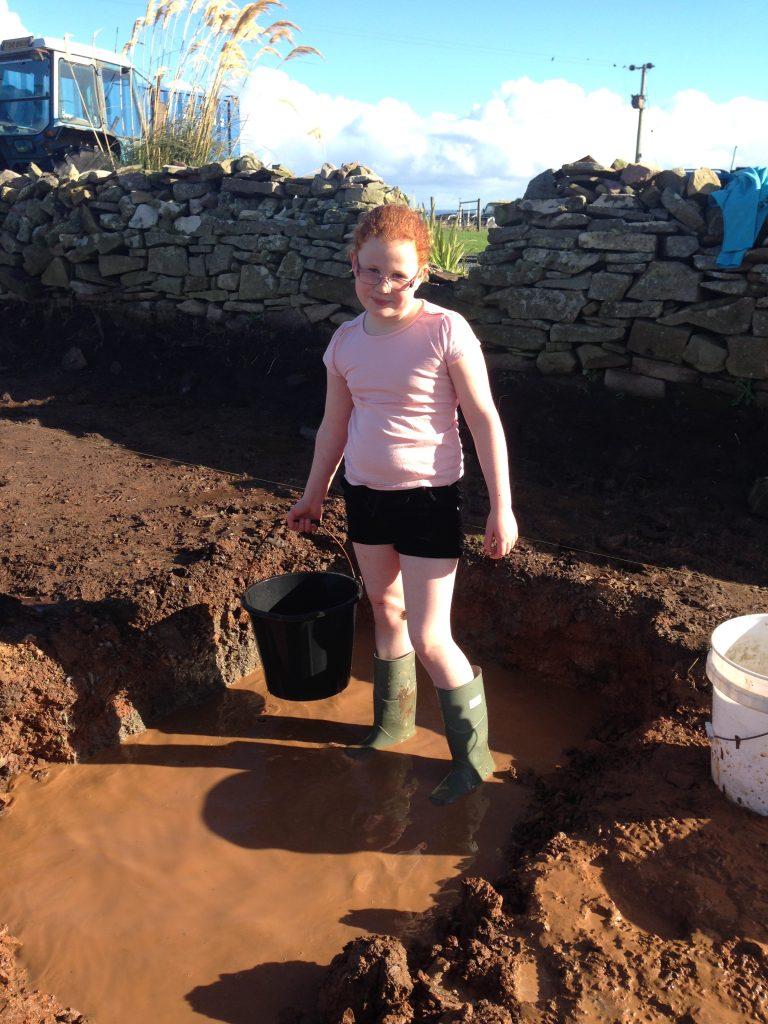 Stuarts’ parents were a great help, wielding the paint brushes, his Dad painted all the interior walls and his Mum stained all our big tables and my favourite part was laying all the ‘poo pipes’!  A weekends work in absolute freezing weather, snow on the ground and I was out there putting all the drainage pipes together leading to the septic tank.  Jasmin, Olivia and Cameron were also a great help, bailing water our of holes after it had rained and keeping us fed with sausage rolls and homemade lemonade.  Although Cameron did spend a fair amount of time wheeling around on his balance bike with his wellies on to make the most of the muddy puddles, what fun!!

So, what will I be doing for Stuart this Valentine’s Day? As it’s a Monday night, our girls will have rugby training, but we’ll make time to sit and enjoy a Vára gin and tonic together (mandarin tonic is amazing with it!) and reminisce about Valentine’s Days past and future! 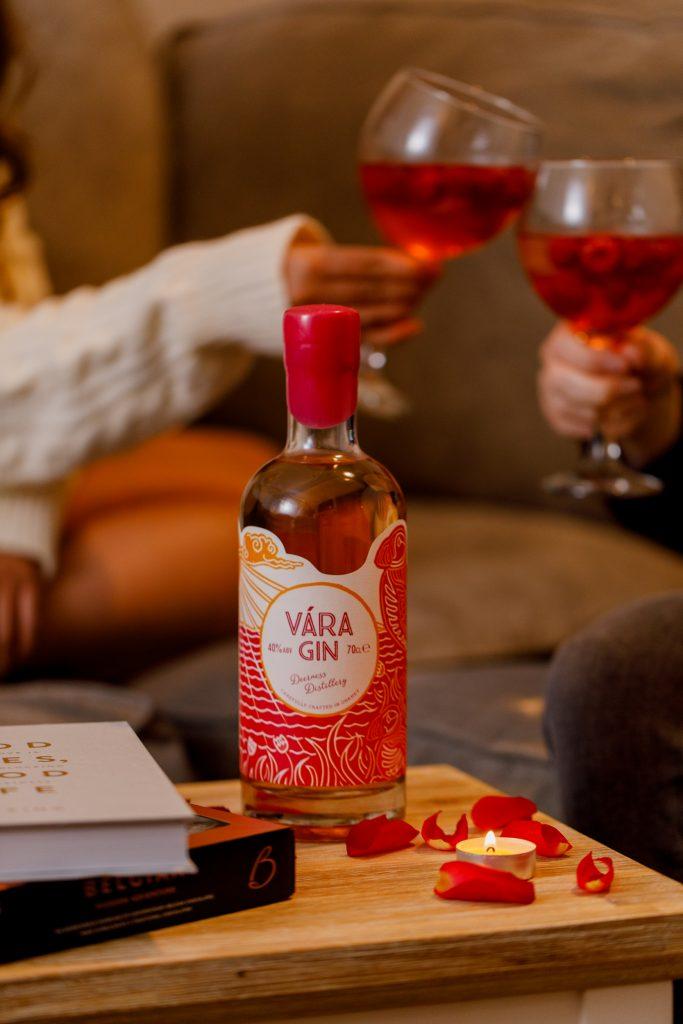 Whatever you do with your loved ones, we hope you have a lovely time.